Before 2009, the Ranchi Museum was housed in the premises of the Tribal Research Institute in Morabadi. After the establishment of the new state of Jharkhand, efforts were made towards building a State Museum to highlight and celebrate the local heritage. Inaugurated by the then Vice President of India, Mohammad Hamid Ansari, on September 10, 2009, the museum houses many historical artefacts as well as modern-day art pieces created by renowned artists from all over Jharkhand.

The Museum is divided into four distinct galleries—Ethnological, Sculptural, Archeological, and Painting. The two-storeyed building might appear confusing at first, but there is a logical structure to it. The first things one notices when entering the museum complex are the colourful and monochromatic murals on the walls, which recreate certain stories of the past; while the semicircular series of columns on which the sculptures are mounted indicate the stages in the evolution of humankind.

Apart from the Ethnological gallery and the Sculptural gallery, the first floor also houses the administrative offices and a library. A quick look into the library reveals a collection of interesting and informative books and booklets available for reading to all the visitors. The Ethnological gallery has dioramas of the different tribes of Jharkhand, some memorabilia, traditional tribal jewellery, and traditional musical instruments.

The Sculptural gallery displays historical artefacts and architectural fragments which predominantly represent the medieval period (roughly 7th/8th century to 13th/14th century AD). While most of these were excavated in Jharkhand, some of the artefacts have been brought from other states. Majority of the artefacts seem related to the three major religious strands—Buddhism, Jainism, and Hinduism. They were discovered in Harina, Ranchi and Ichagarh, Singhbhum.

The Painting gallery on the second floor displays a collection of art created during the 34th National Games in 2011.  It was an attempt made by different artists to commemorate the event. The themes of the paintings include: The Spirit of Sports, Cultural Harmony Through Sportspersonship,  The Power of Youth, and The Social-cultural Fabric of Jharkhand.

The Archeological gallery is the most distinct in terms of its contents. It houses many artefacts unearthed during the State Department-led excavation in 2007–09 at Khukhragarh (Ranchi District). It also displays pottery relics from different parts of the country across different eras. Another section displays a sizable collection of coins and manuscripts, from collections of private citizens which were donated to the Government. 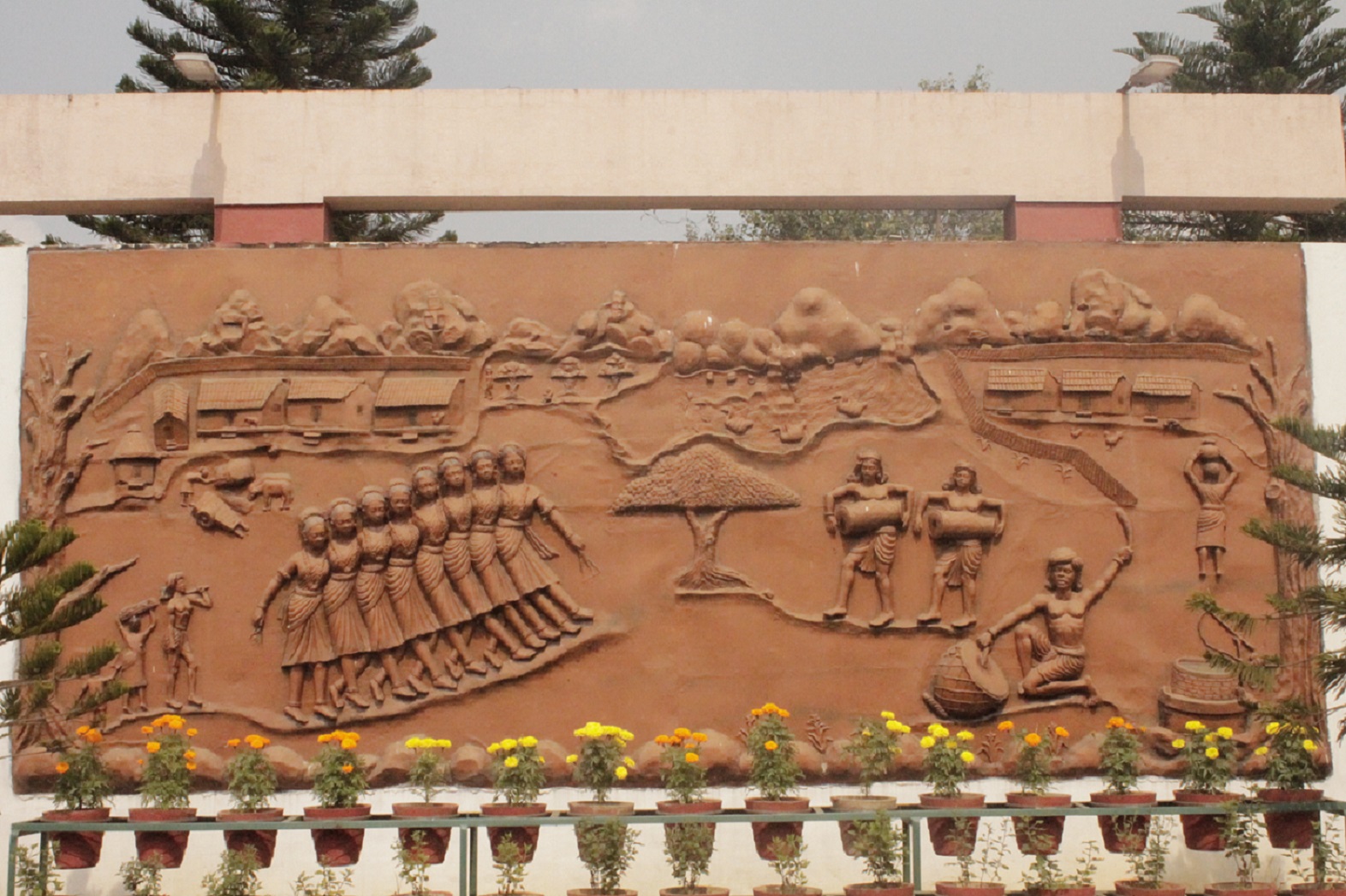 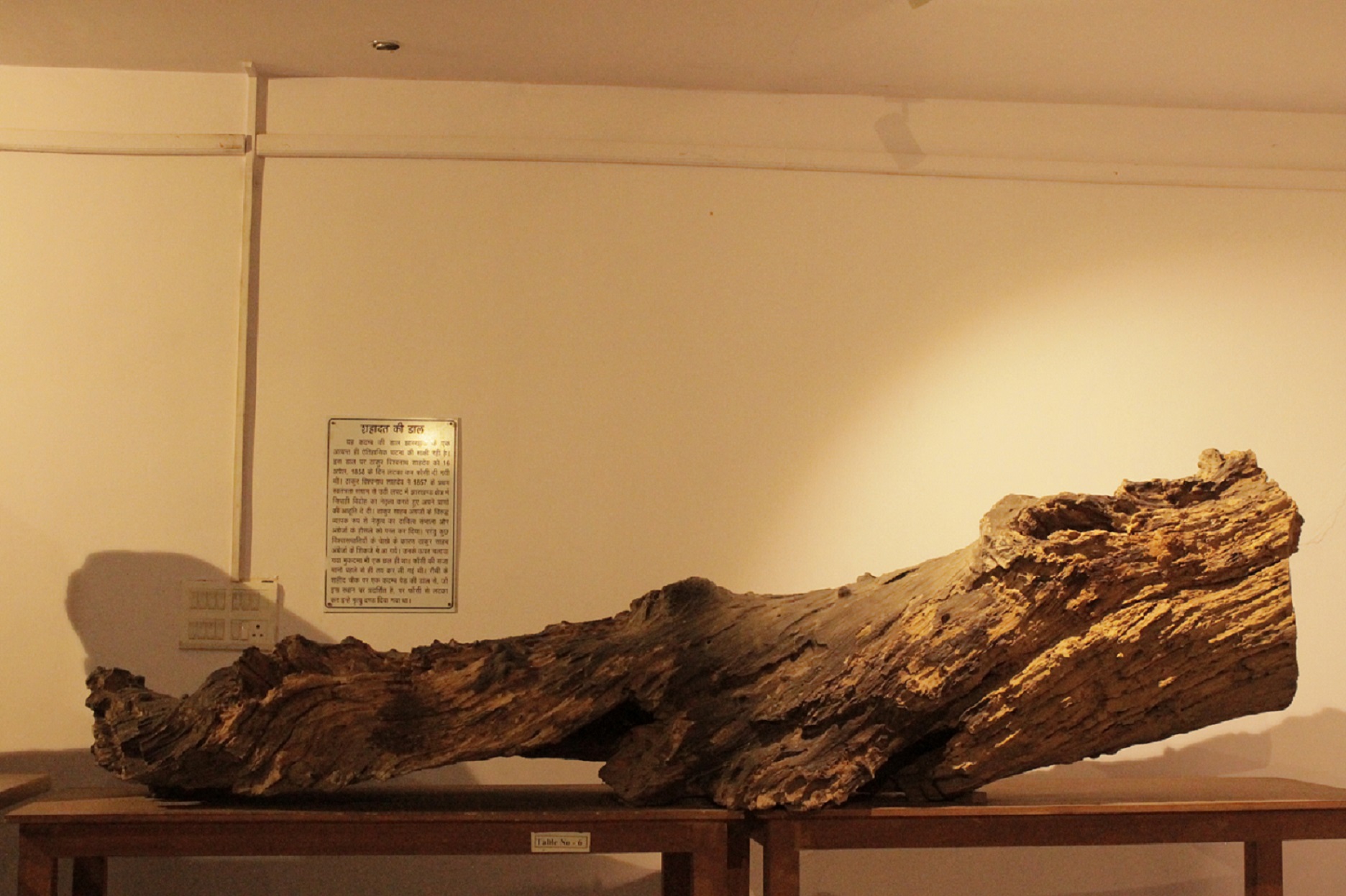 During the Revolt of 1857, Thakur Vishwanath Shahdeo led a small army against the British in the small princely state of Chotanagpur. He was sentenced to capital punishment and was hung at the present-day Shaheed Chowk (near a zila school). He was hung from this branch of the Kadamba tree on April 16, 1858.

In an article published by Telegraph in 2012, curator Mohammad Sarafuddin has explained:

The gallery is about the celebration of tribal life and culture so that young people feel proud of their legacy. It is a treasure trove. For instance, the 6ft branch of the Kadam tree from which revolutionary Thakur Vishwanath Shahdeo was hanged is with us. People say they get goosebumps on seeing the branch. It reminds them of the sacrifices of freedom fighters in a very real sense. 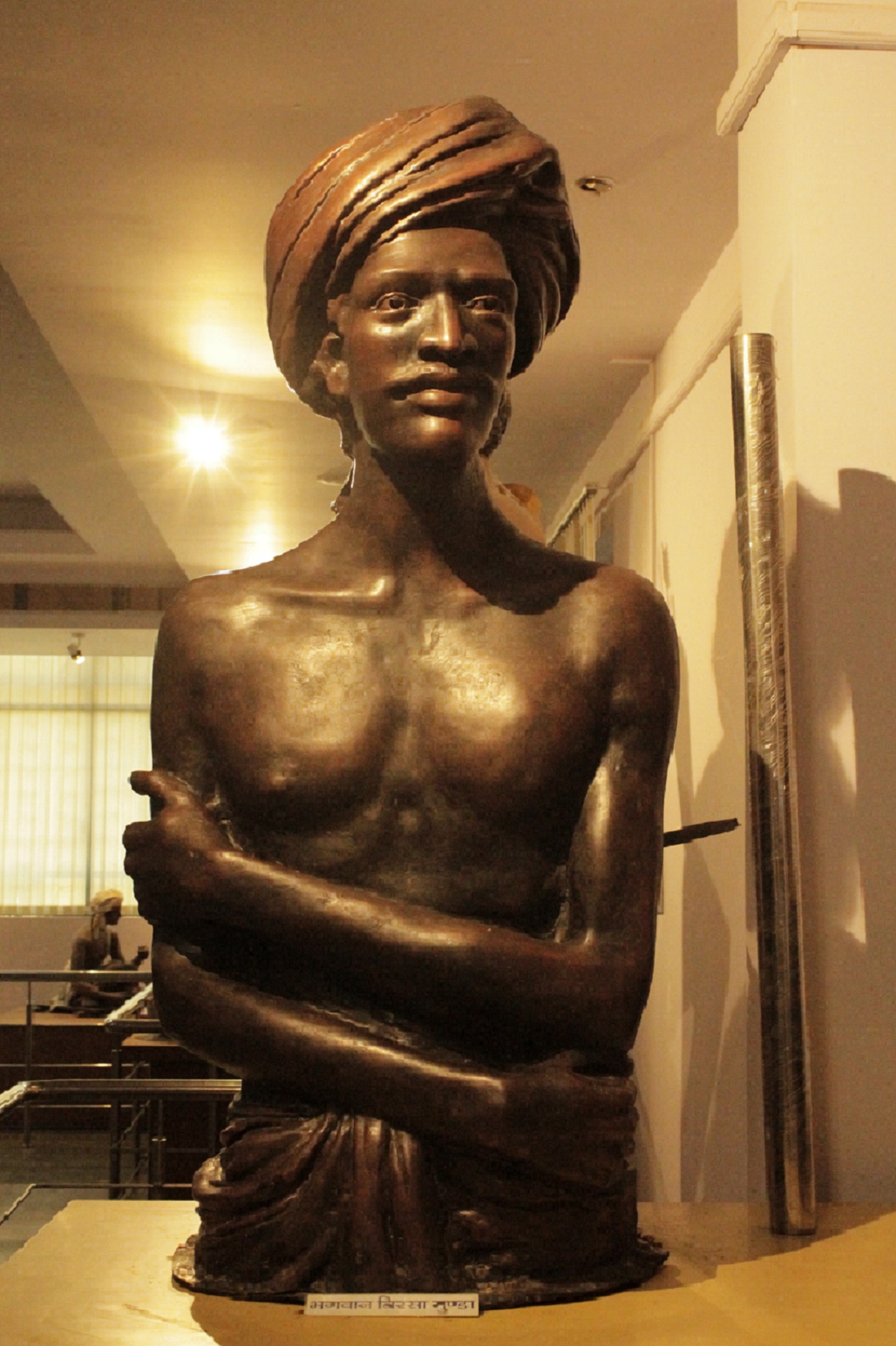 This sculpture of Bhagwan Birsa Munda is kept in the Ethnological Gallery. Bhagwan Birsa Munda is the most revered leader of Jharkhand. Born on November 15, 1875, this tribal icon and freedom fighter spent his entire life mobilising the indigenous population to protect their culture as well as to stand up and protest against the oppression of the British. 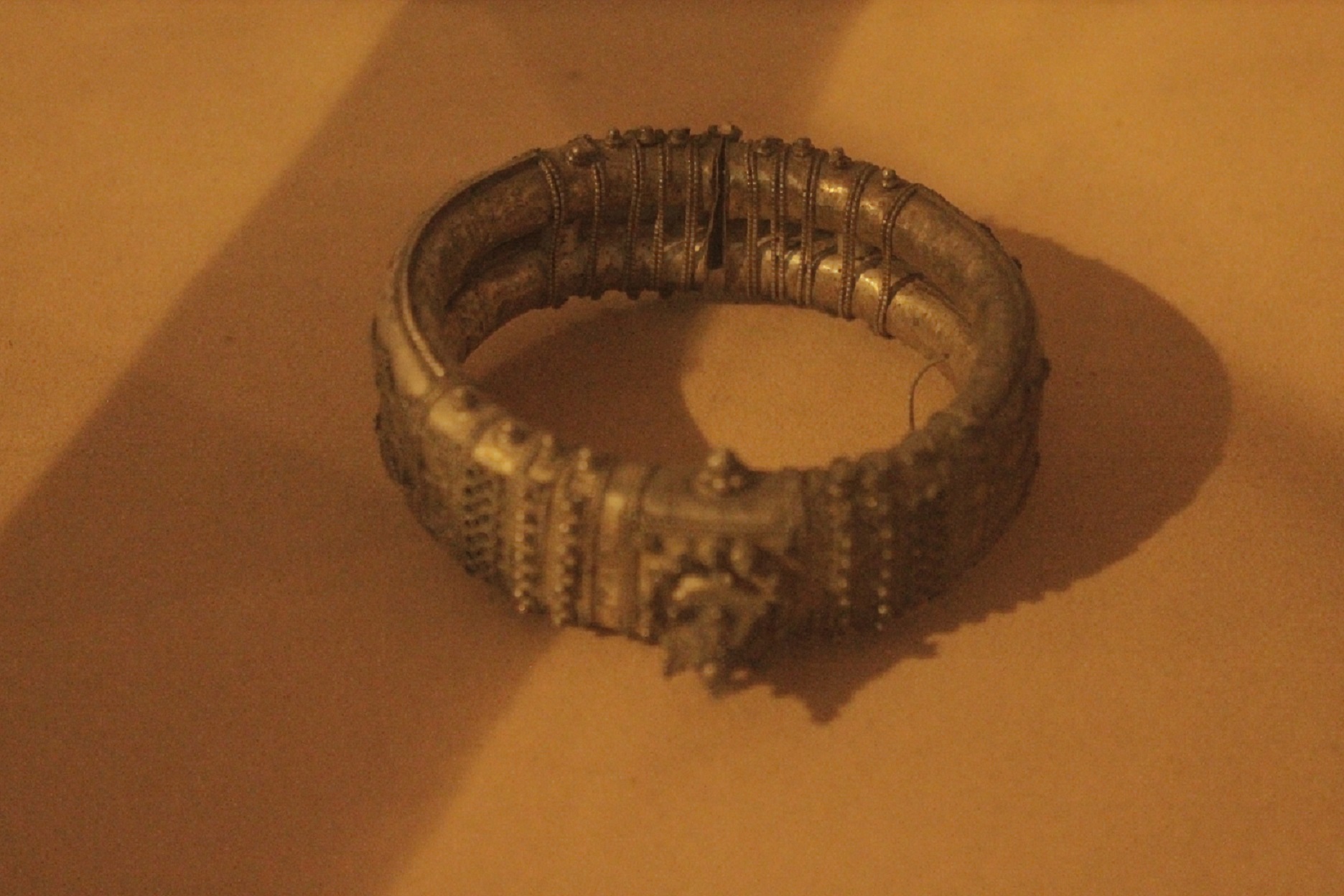 Pictured here is a silver bangle that is an essential part of the tribal culture of Jharkhand. 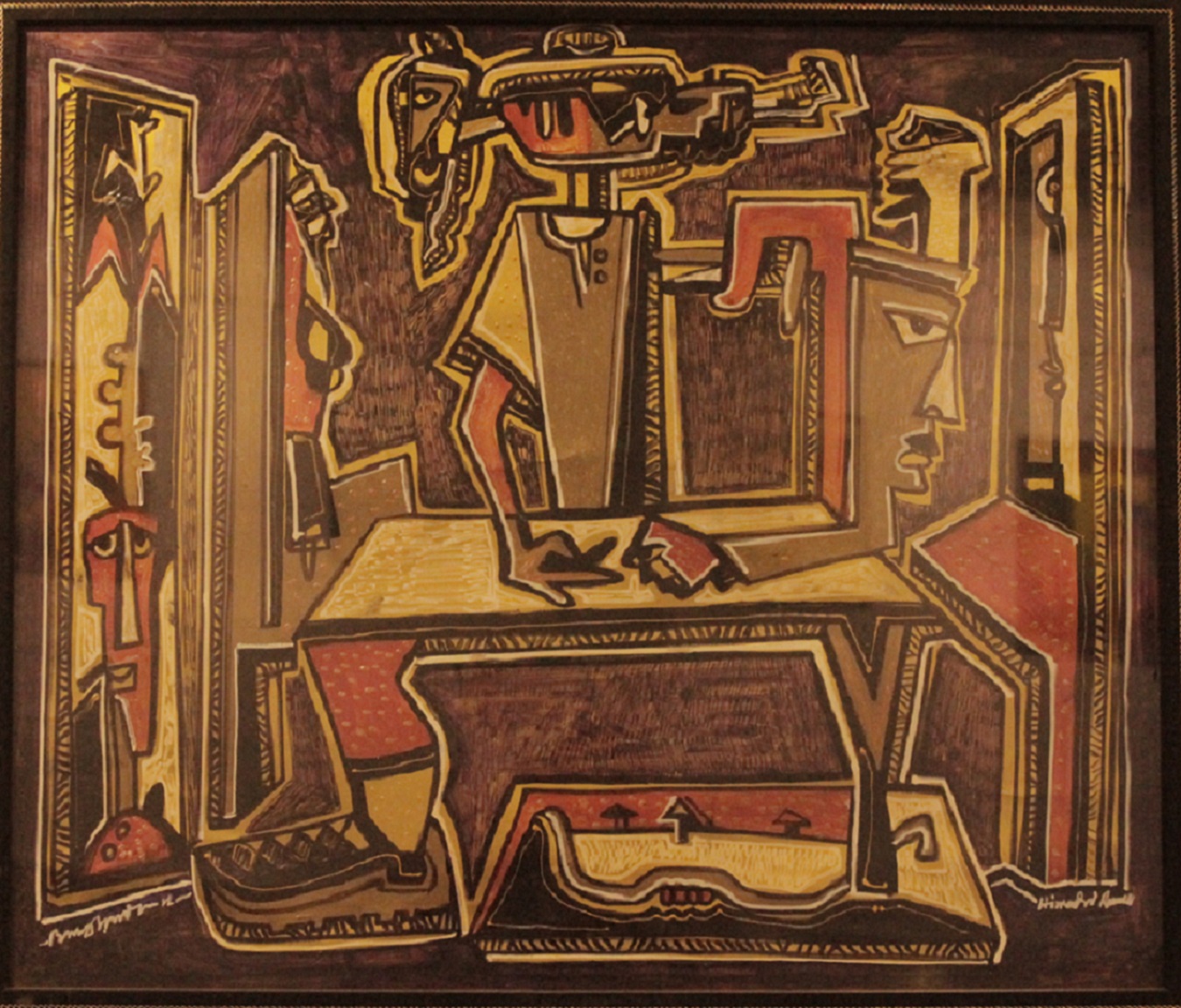 The Mega Sports Complex built during the 34th National Games in 2011 brought together artists from across the country to commemorate the event. These collections now form the Painting Gallery of the museum. The introductory plaque to the gallery suggests that the paintings were inspired by the event itself, and been mostly based around the broad themes of—Action in Sports, Cultural Harmony Through Games, Youth Power, Spirit of Games, and Socio-cultural Diversity of Jharkhand. 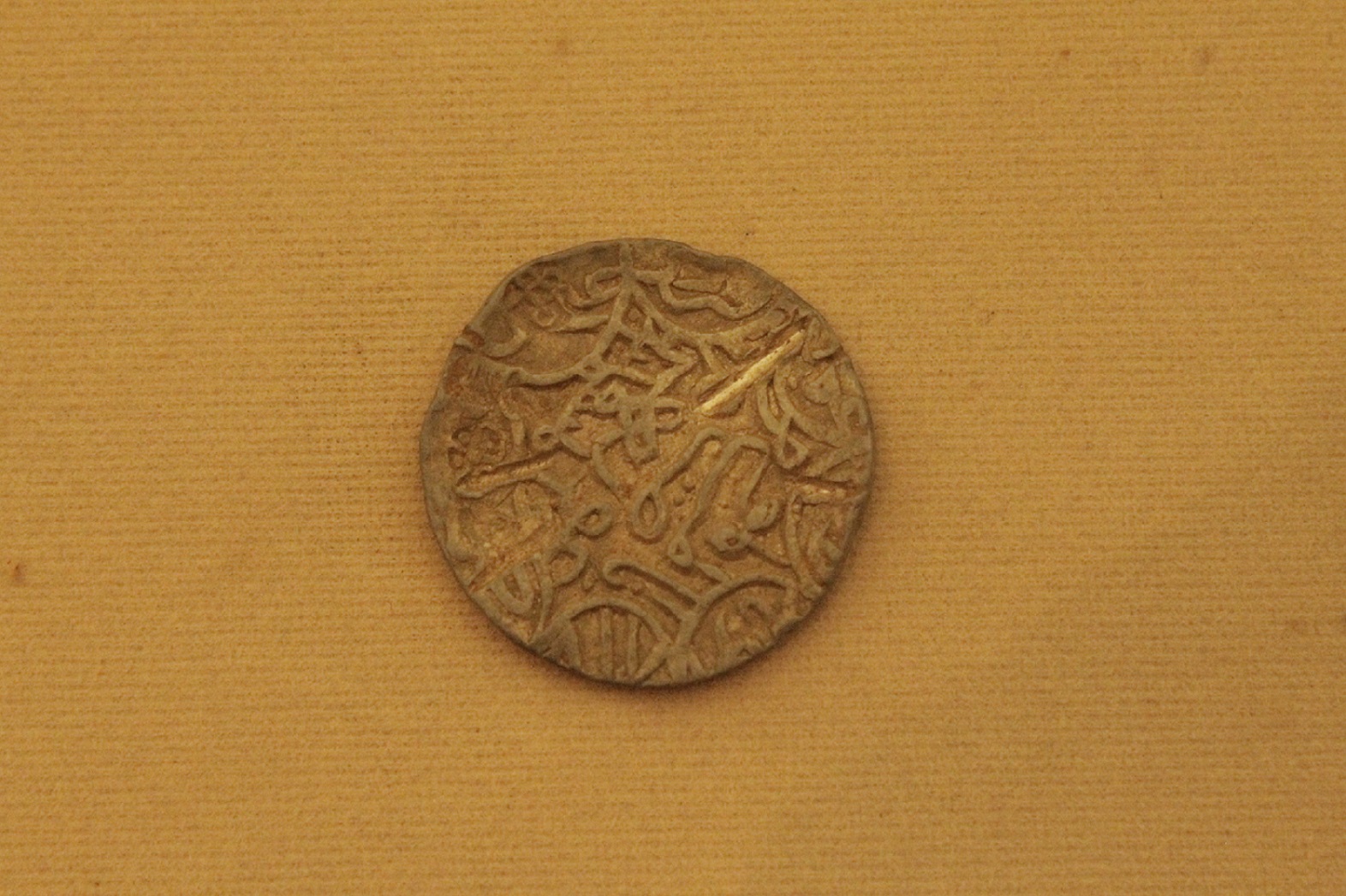 This collection displays coins from ancient, medieval, and modern times. The collection is a mix of artefacts unearthed during the Khukhragarh excavation undertaken by the State government in 2006–09, as well as donations made by private collectors and educational institutions. 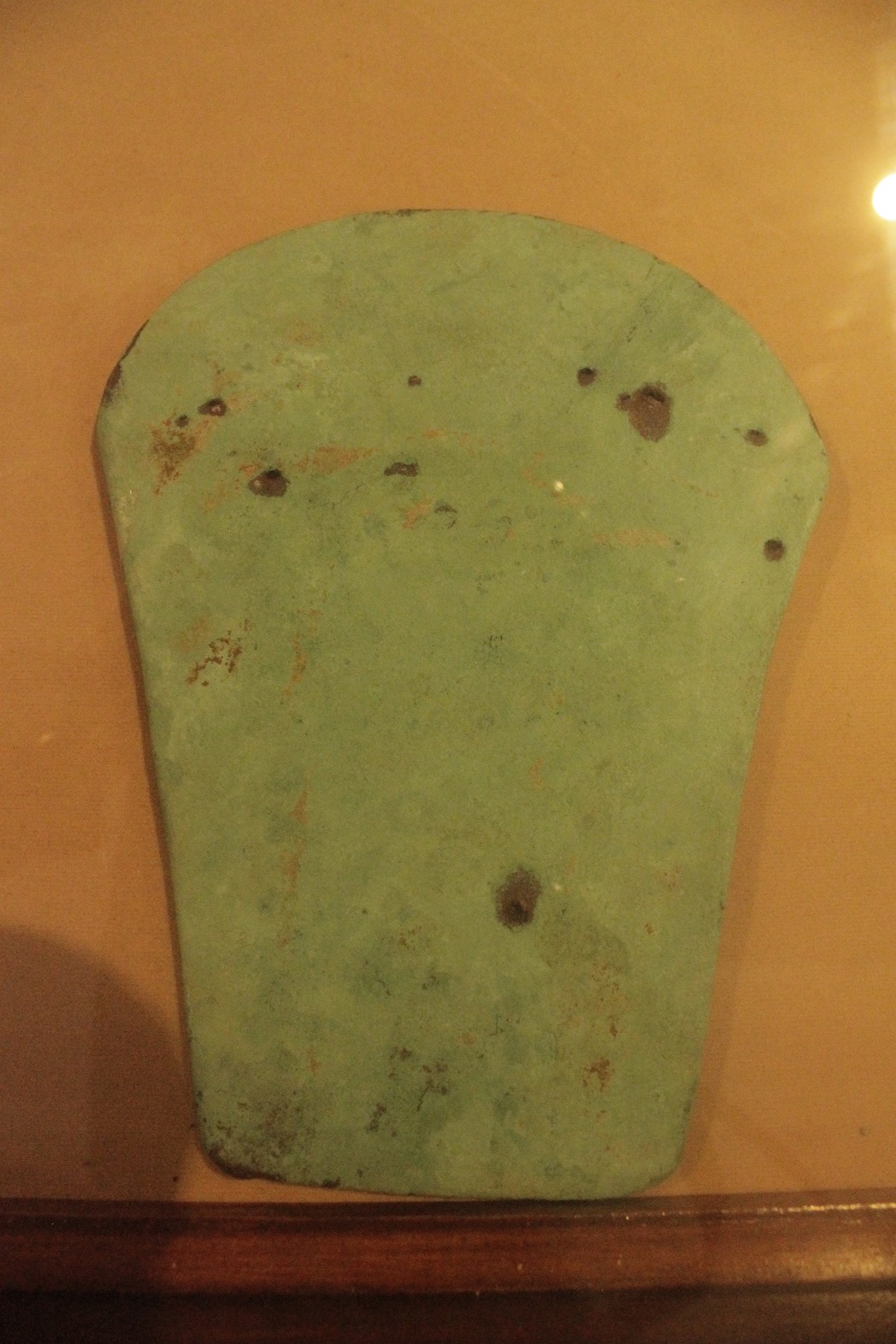 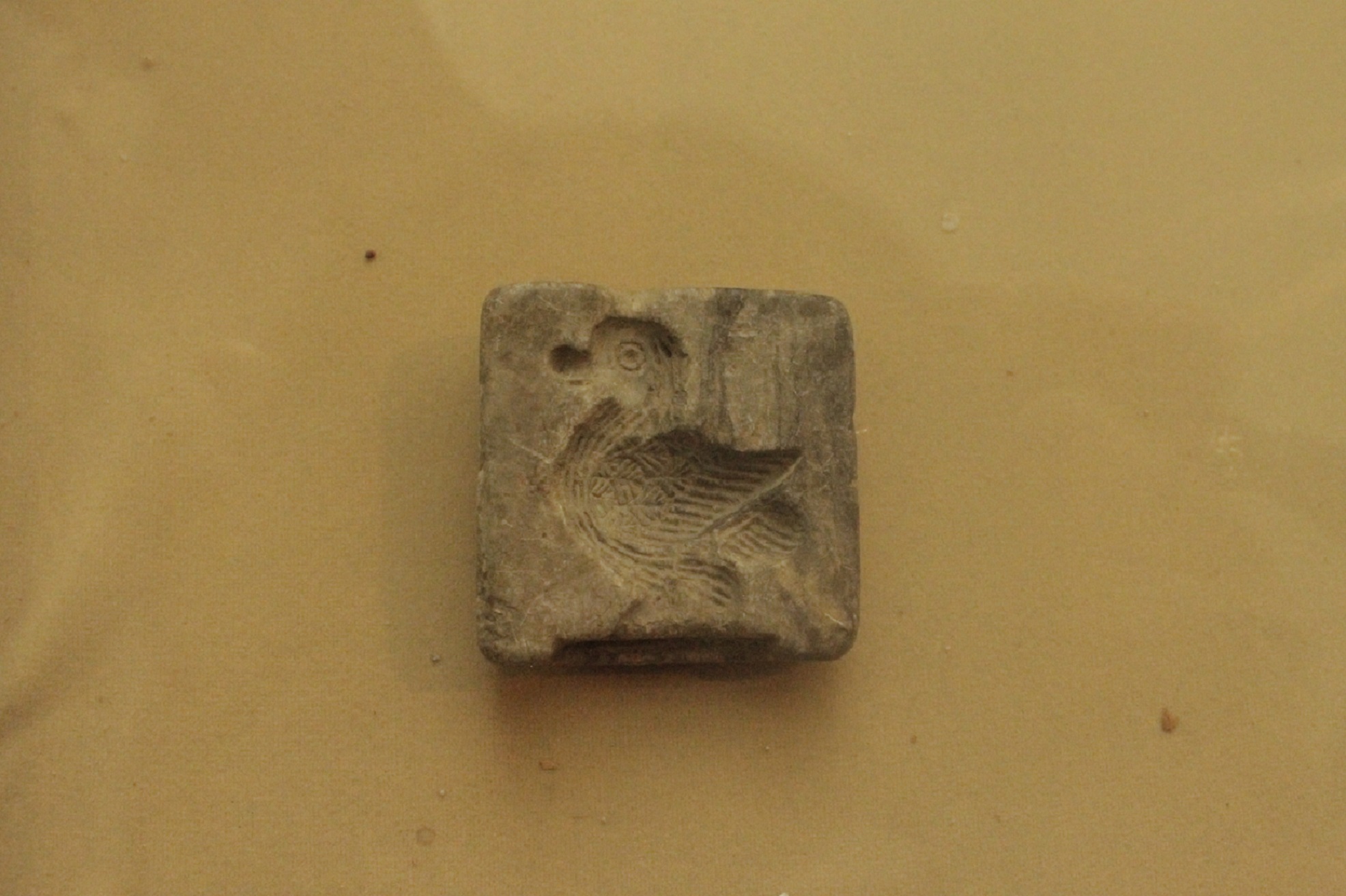 This is the clay mould used to create the famous Dhokra Art. This mould is the first step to a very complicated and long process of making a finished product. These moulds are often of different animals and birds. 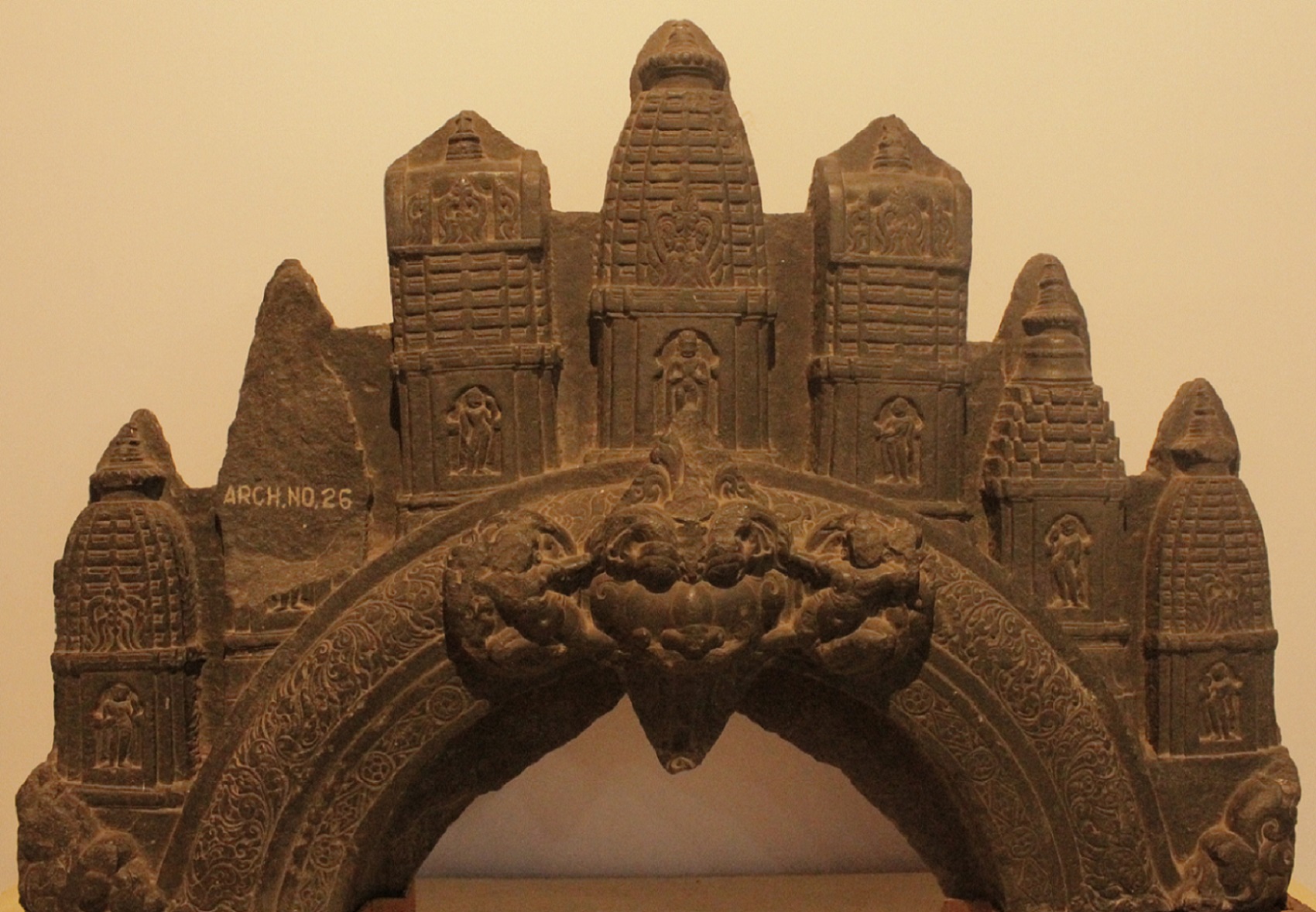 An artefact which is a part of the Sculptural Gallery. 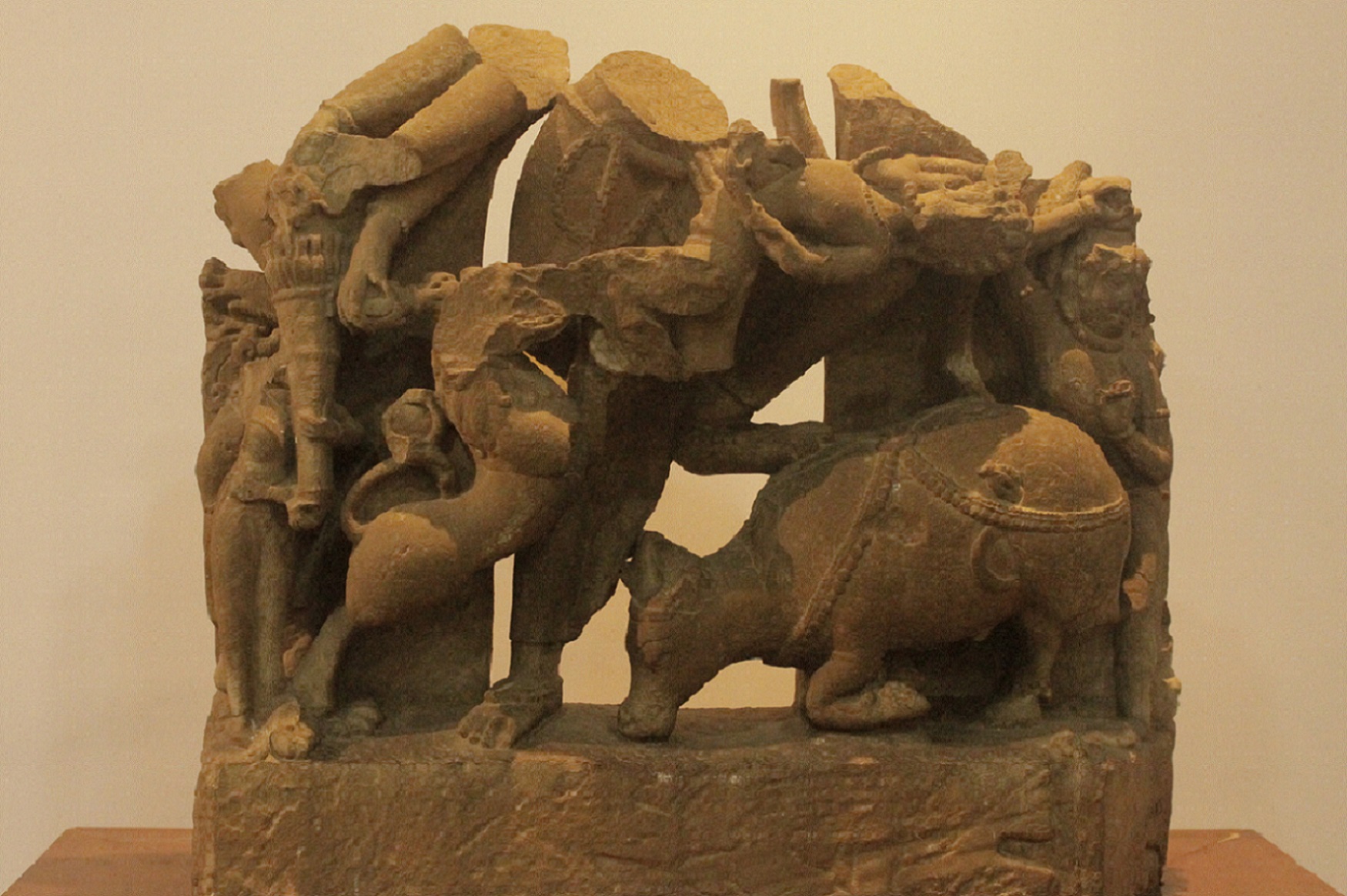 An artefact which is a part of Sculptural Gallery. 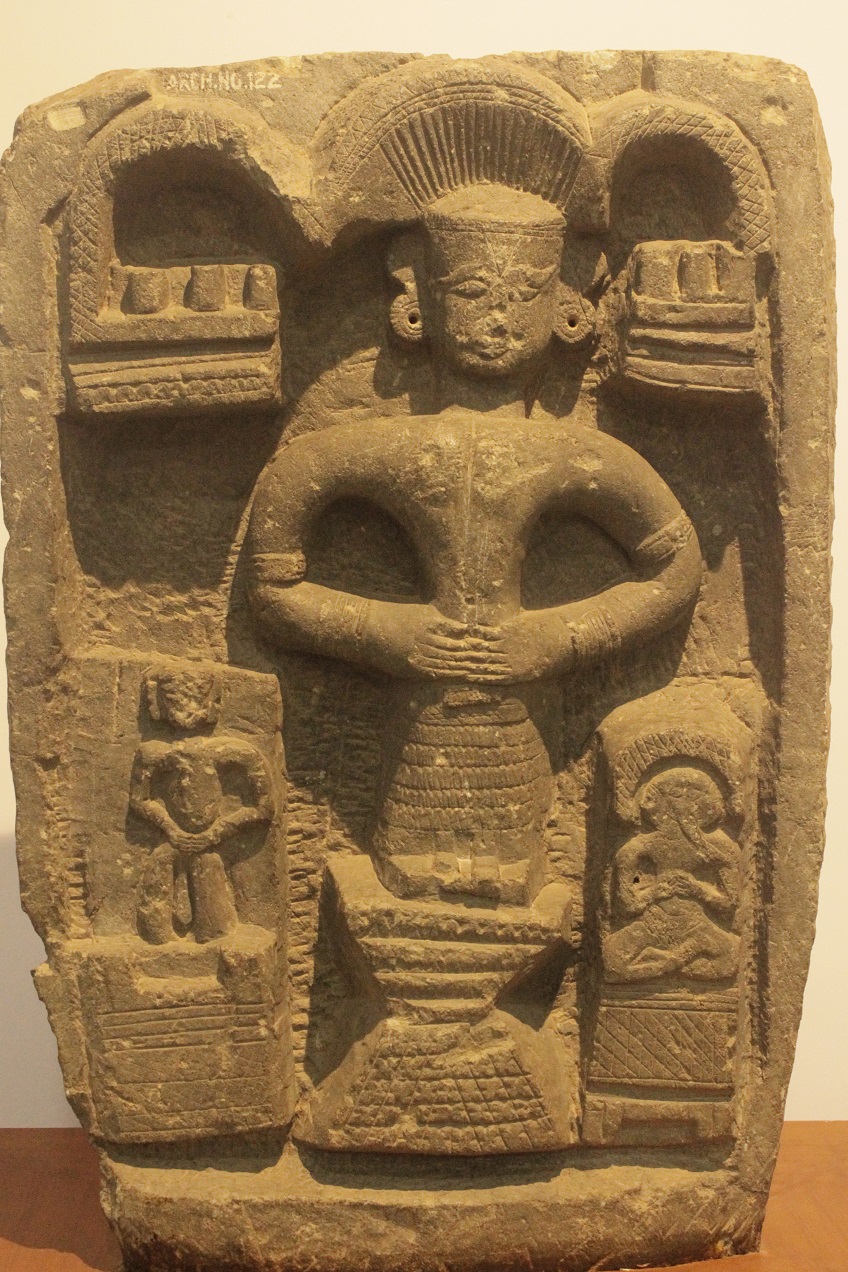 Medium
Brown Sandstone
Image title
Parvati
Size
15 x 4 x 28 inches
Year
12th Century
Any other service
The museum is planing for a volunteer training program for undergraduate students from the various colleges across Ranchi.
Entry Fee
Applicable
Getting there
The public transport of the city is mostly reliant on the shared autos (Vikram/Tempo) that run from one Chowk to the other. If one is feeling lucky and has some time on their hands, city buses under the Ranchi Municipal Corporation are also an option to travel around the city on a budget. Shorter distances can be covered using cycle rickshaws and battery operated Tuk-Tuk(s). Moreover, the services of Ola Cabs have become more than satisfactory and accessible in the recent times.

From Birsa Munda Airport (Ranchi Airport)—
The shortest route from the airport to the museum is 19 km. One can choose to get a:
1. Prepaid taxi from inside the Airport premises.
2. Call an Ola Cab.
3. Walk towards the road leading to the Airport to find local autos that can be reserved entirely for you or shared autos that will drop you till Hinoo Chowk.

From Ranchi Junction Railway Station—
The shortest route is 18.3 km.

From Khadgarha Bus Stop—
The shortest route is 15.1 km.

The closest chowk to the museum is Charku Mahto Chowk.

(Based on personal experience—there is a scarcity of public transportation towards this side of the city and it is more convenient to book an Ola or take a reserved auto).
Opening Days
Sunday
Tuesday
Wednesday
Thursday
Friday
Saturday
Opening Time
11:30 a.m.
Closing Time
04:30 p.m.