City
Pune
State
Maharashtra
Pin Code
41004
Phone Number
020 25468373
Are there any docents or guides who visitors can directly call to book for a guided tour?
No
Main category
Specialised
Briefly describe the history of the museum, its collection and donors.

Erandwane Fire Museum, or Keshavrao Jagtap Museum, is a two-story museum located in Erandwane, and is dedicated to the fire and rescue legacy of India. It derives inspiration from London’s Fire Brigade Museum, and has a massive collection of equipment, pictures, and objects. The project of building a museum like this one had been underway since 2001, but was realised when a Maharashtra Navnirman Sena (MNS) corporator, Anila Rane, gave  ₹1.40 crores to be utilised towards the development of the museum.

On the ground floor, it houses a famous Rolls-Royce fire truck that was used during the 1961 Panshet Dam rescue operations. The vehicle was used actively between 1956 to 1990 and is still well-maintained. The first floor has a collection of equipment such as ladders, nozzles, and different types of monitors used for water spraying. It also has an array of helmets including the big black helmets worn during the British Raj.

The legacies of various firefighters can also be traced by looking at their suits displayed on the same floor, which have evolved due to the technological advancements. It also houses a display of various knots that are used during fire rescue operations. The museum regularly holds workshops and awareness sessions for school children as well as college students. They have two fire brigades, which are used to show live demonstrations of firefighting techniques.

Photography
Yes
Videography
Yes
Cafeteria
No
Museum shop
No
Wheelchair friendly
No
Restroom
Yes
Drinking water
Yes
Locker room
No
Parking
No
Information in Braille
No
Workshops/seminars/lectures
Yes
Garden/picnic area
No
Audio/visual guides
No
Guided tours
Yes
Library and archives services
No
IT facilities ( Photocopying, printing, computer )
No
Auditorium
No
Conference/ Seminar hall
No
Museum membership
No
Conservation lab
No
Research lab
No
Who manages the museum?
State Government
Person-in-charge of the museum
Chairman
What is the average duration to see the museum?
1-2 hours
Map your museum’s correct location on the map given below. 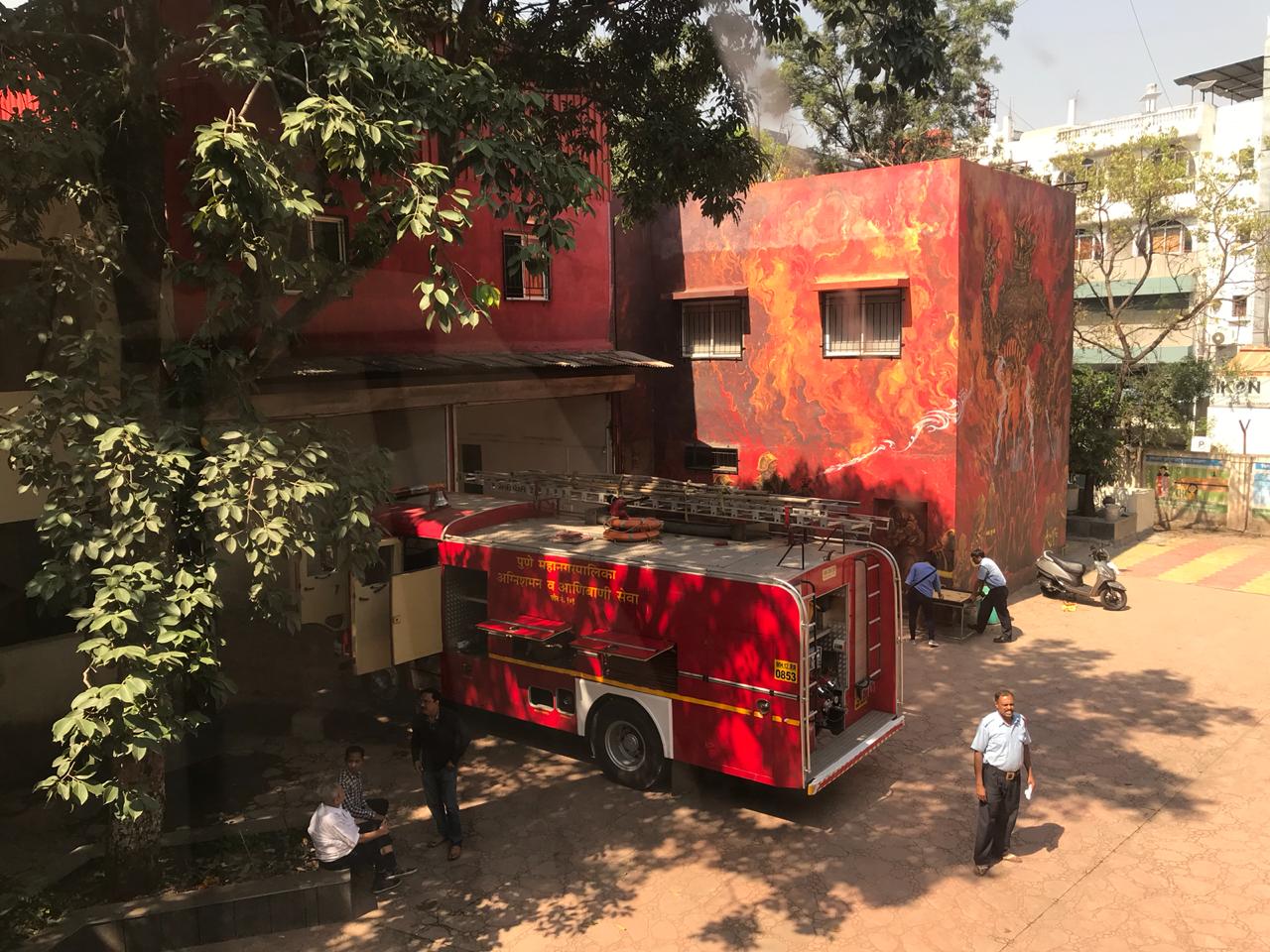 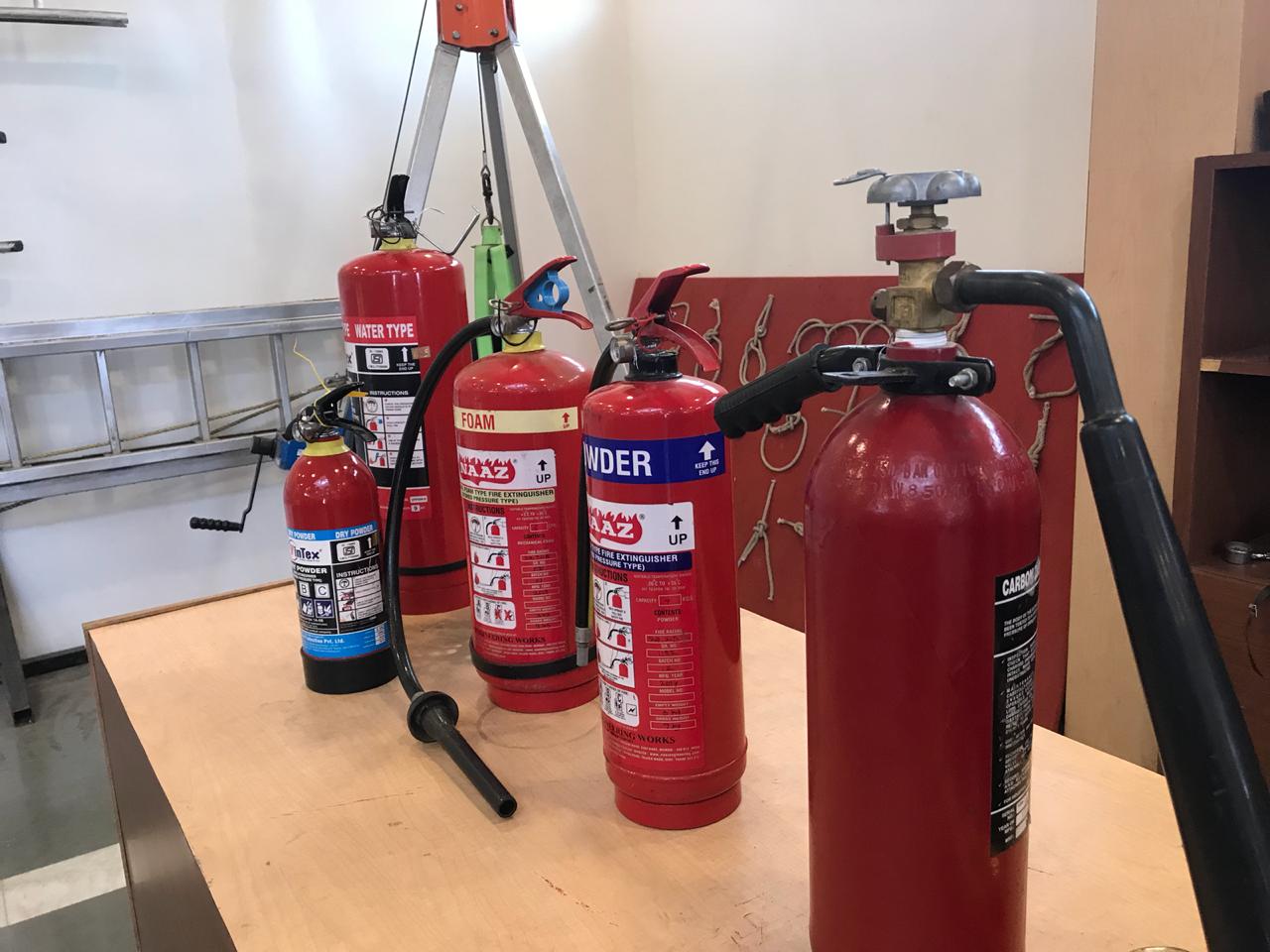 The museum displays a vast variety of fire extinguishers that are currently being used, as well as those that were used in the years before. 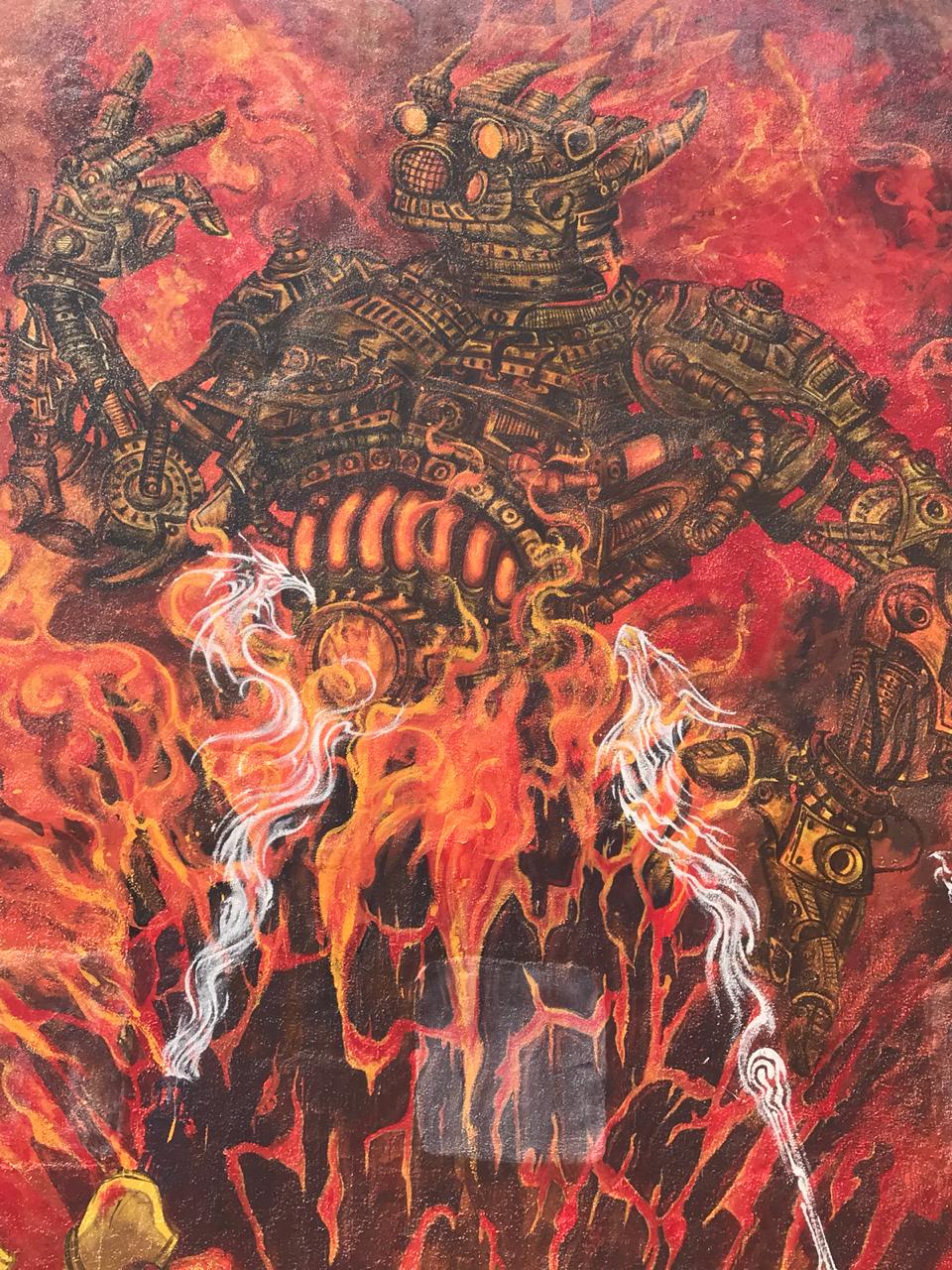 This mural is as tall as a two-story building and has been done solely using paint. The mural symbolises fire and the duty of firemen, along with portraying qualities like strength, perseverance, and valour--some of the qualities that are commonly associated with firefighters. 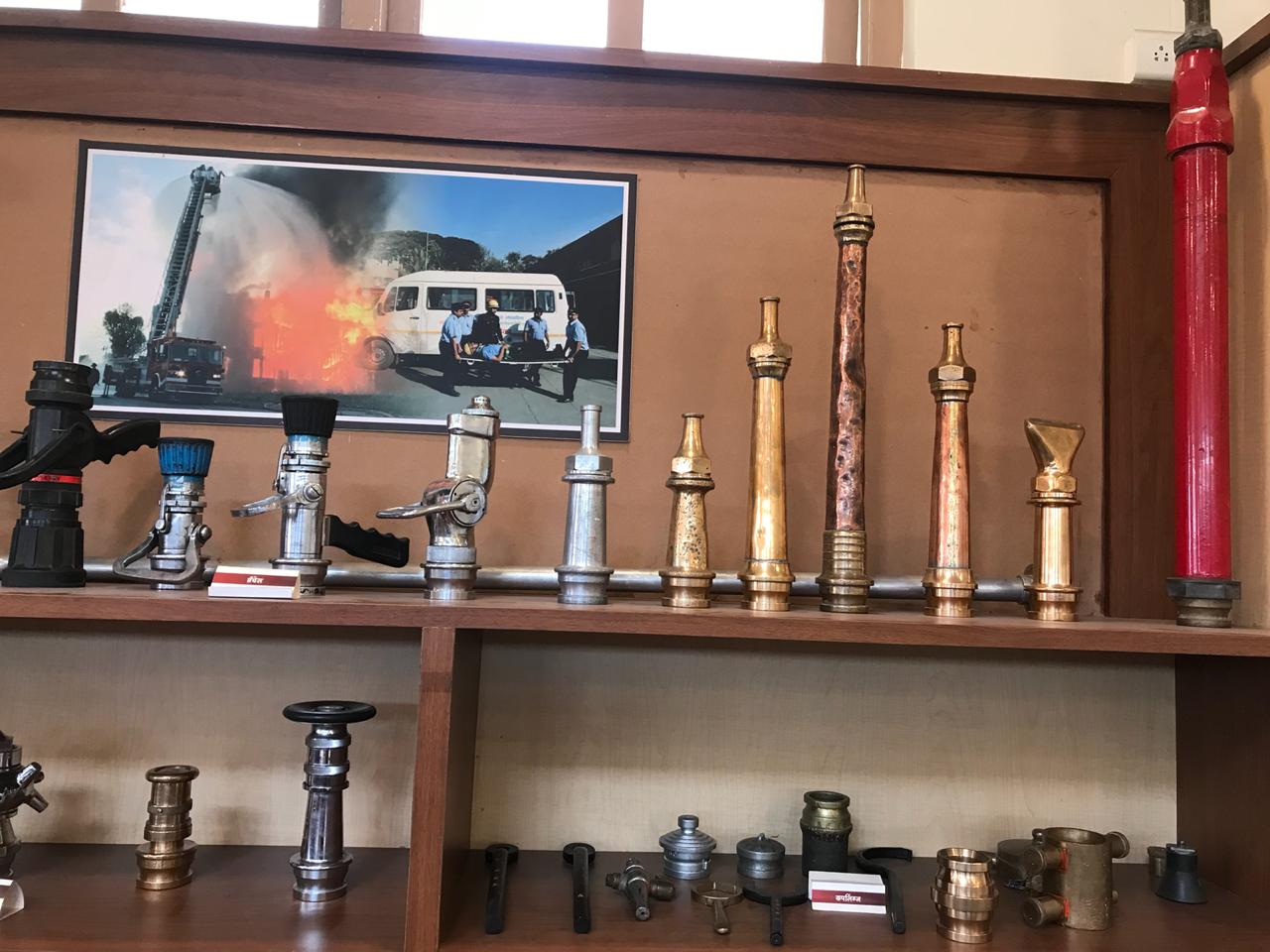 This image shows a variety of nozzles that can be attached to the pipe while extinguishing a fire. They vary in size, colour, shape, and structure based on the convenience of their use.

This image shows the various types of helmets that a firefighter wears on duty. Ranks of the firefighters are often recognized by the helmet they wear. Designs of these helmets have changed over the years. 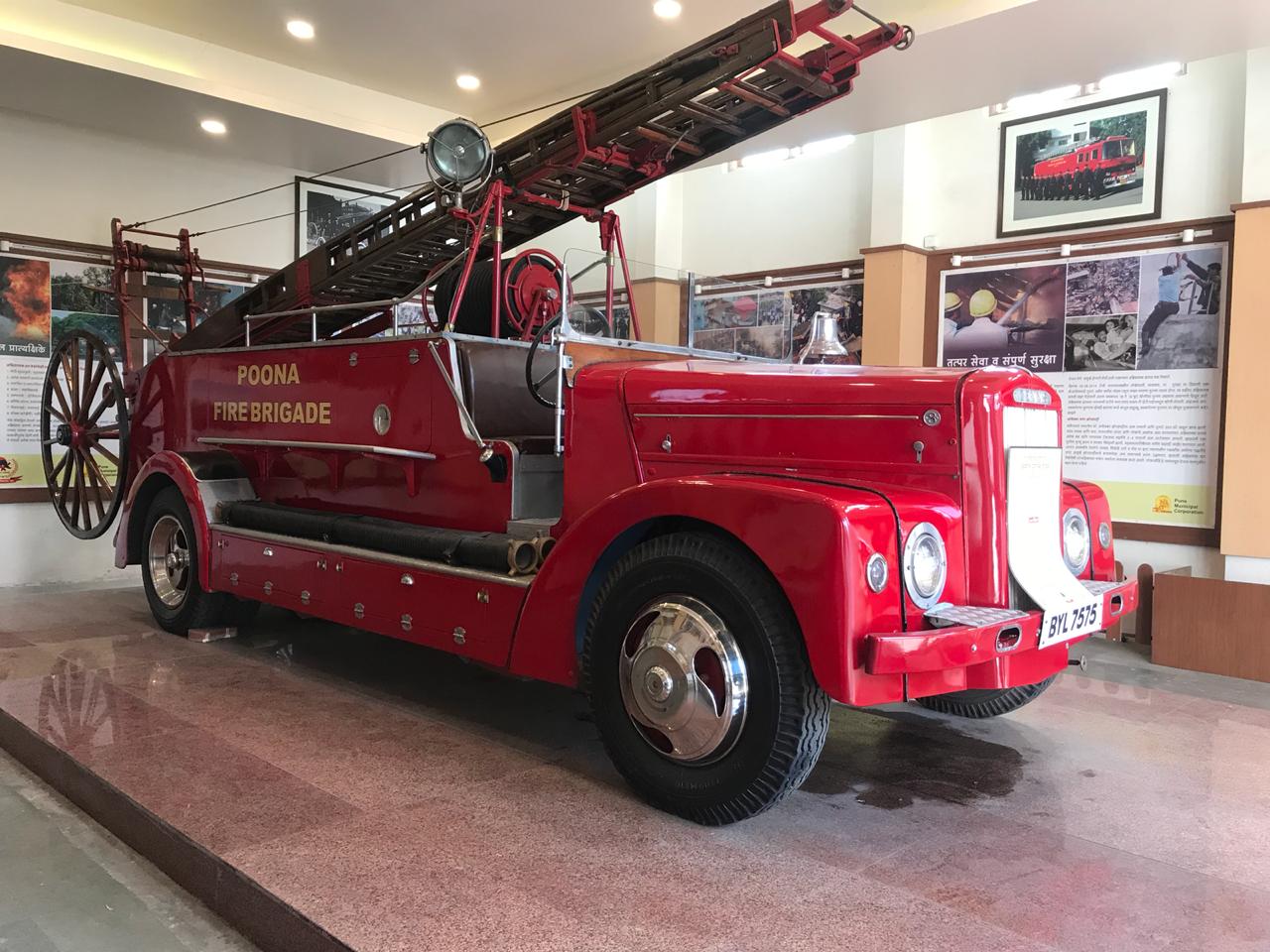 This Rolls-Royce Dennis fire truck was used during the Panshet Dam rescue operation in 1961. It is fully functional and is driven around the city every April on Fire Awareness Day.