Established in 2000, Prachina Museum was set up by Princess Siddhi Kumari in Bikaner with an aim to display the culture and heritage of Bikaner. The museum displays paraphernalia belonging to three generations of royal women along with furniture and silver used by erstwhile Maharaja of Bikaner, Narender Sinhji. The museum was set up in a ‘Karkhana’ that belonged to Princess Siddhi Kumari’s grandmother. Women from the Royal family of Bikaner traditionally supervised workshops or ‘karkhanas’ where local artisans practised their craft. The Museum is a part of the grand Junagarh Fort complex that was used by the Royal Family as their residence before Lalgarh Fort was built.

Some of the galleries at the museum include the Contemporary Art Gallery, the Ritual Art Gallery, the Bikaner Period Room, the Aristocratic Textiles and Costume Gallery and the Gallery of Aristocratic Transportation.  The Ritual Art Gallery includes idols of local deities such as Gangaur, Isar, and various clan goddesses. Embellished raths or bullock driven carts, preceding the horse-drawn carriages of the British era are displayed in the Gallery of Aristocratic Transportation. The Contemporary Art Gallery displays art of the famous Usta artists of Bikaner. Ustas are craftsmen trained in stone carving, stucco work, and embellishment of camel hide oil bottles. Works of artists such as Zahiruddin Usta and Hanif Usta are exhibited in the gallery. Two additional galleries within the museum are dedicated to ornate, floral ceiling and wall paintings which have been traditional to Bikaner. These paintings are mostly done on limestone surfaces either using raised work with gold ornamentation - known as Sunahari Munnawati Nakkashi  - or by painting directly on the surface -  known as Rangabaiji. The paintings in the museum date back to the time when the building was still used as a ‘karkhana’. When discovered, they were exclusively restored for the galleries.

Having settled in Bikaner during the 17th Century, Muslim artists brought with them the delicate and highly refined Mughal style of painting which has heavily influenced paintings from Bikaner. Prachina displays such paintings and portraits of rulers, majority of which have been painted by Muslims belonging to the Utsa community in the late nineteenth and early twentieth centuries.

At the turn of the 20th Century, the art practices in Bikaner witnessed a confluence of indigenous tradition and European influence as a result of the establishment of colonial art schools. This was reflected in the hybrid lifestyles of the rulers of Bikaner and the changes in style and production of everyday objects. This is represented in the museum through a display of items such as water bottles made of lead and having silver lids, a sandalwood sword with miniature tableaux made by Shubhkaran Nahata, playing cards bearing the insignia of Bikaner and printed in Paris, manicure and pedicure tools with ivory, a set of personal accessories for men having chromium-enamelled handles and cases made in England, amongst others.

The museum highlights also include a composite collection of ‘poshak’ or the traditional royal dresses of Bikaner and Chamba, Himachal Pradesh donated by three generations of royal women. While the costumes of Bikaner are donated by  Princess Siddhi Kumari and her grandmother, the costumes from Chamba, Himachal Pradesh are taken from the collection of the Princess’s mother. 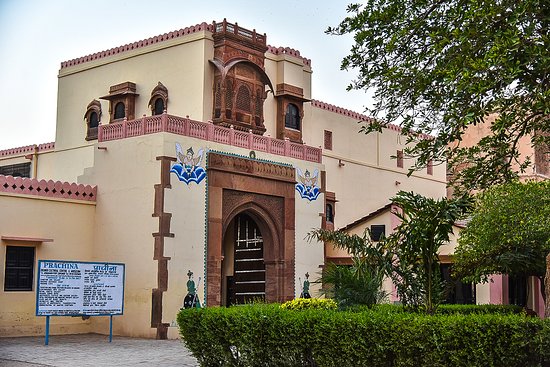 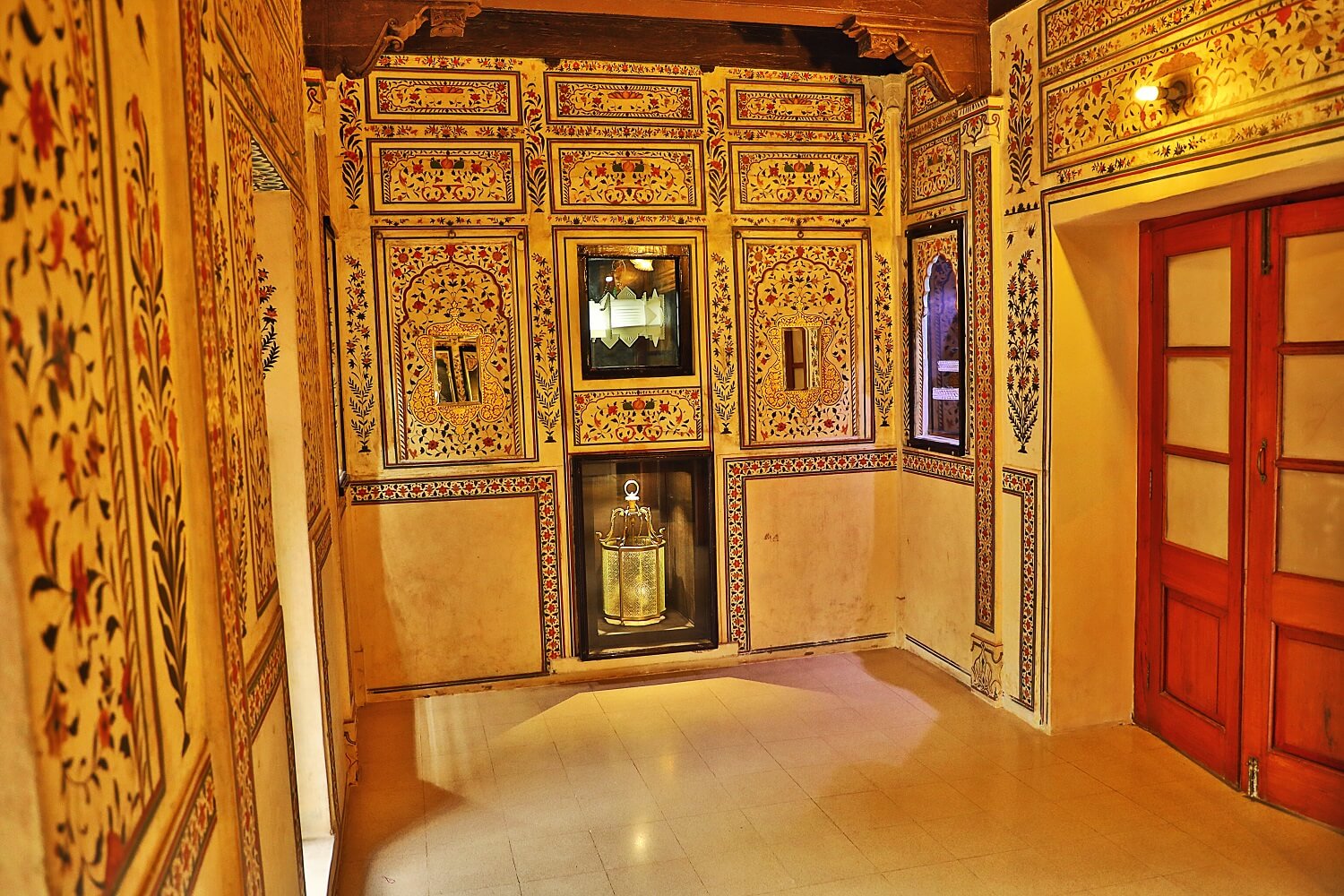 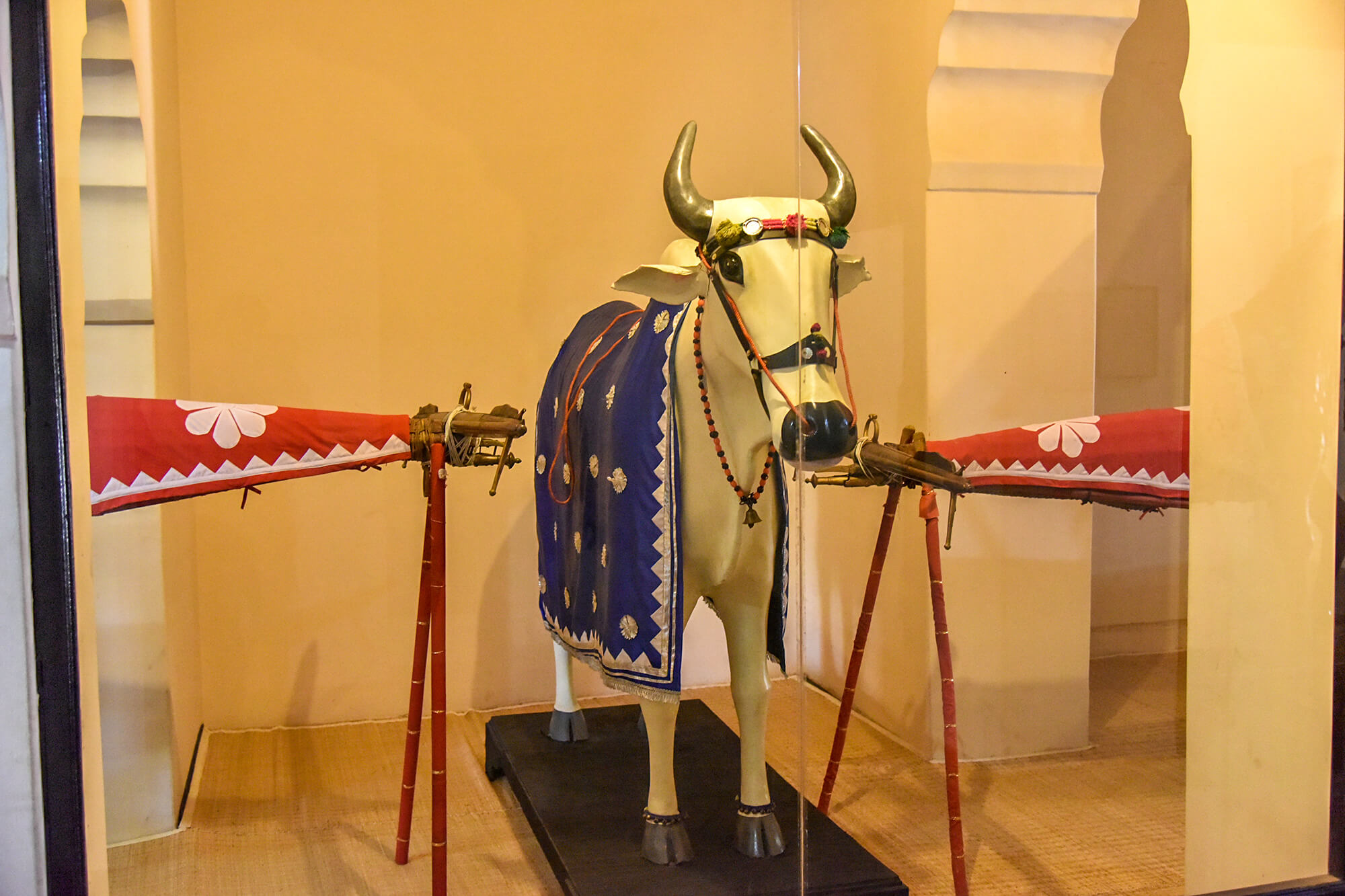 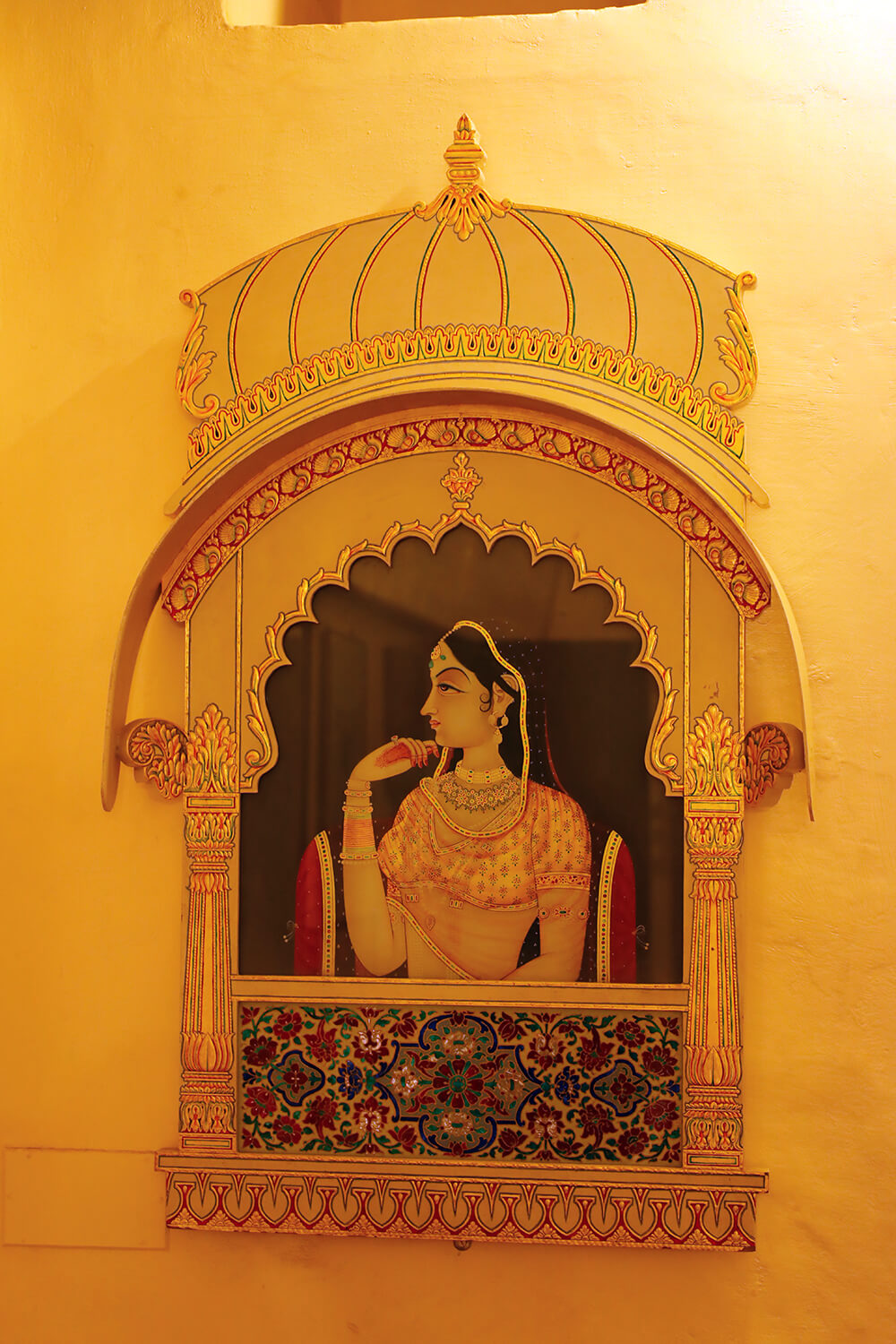 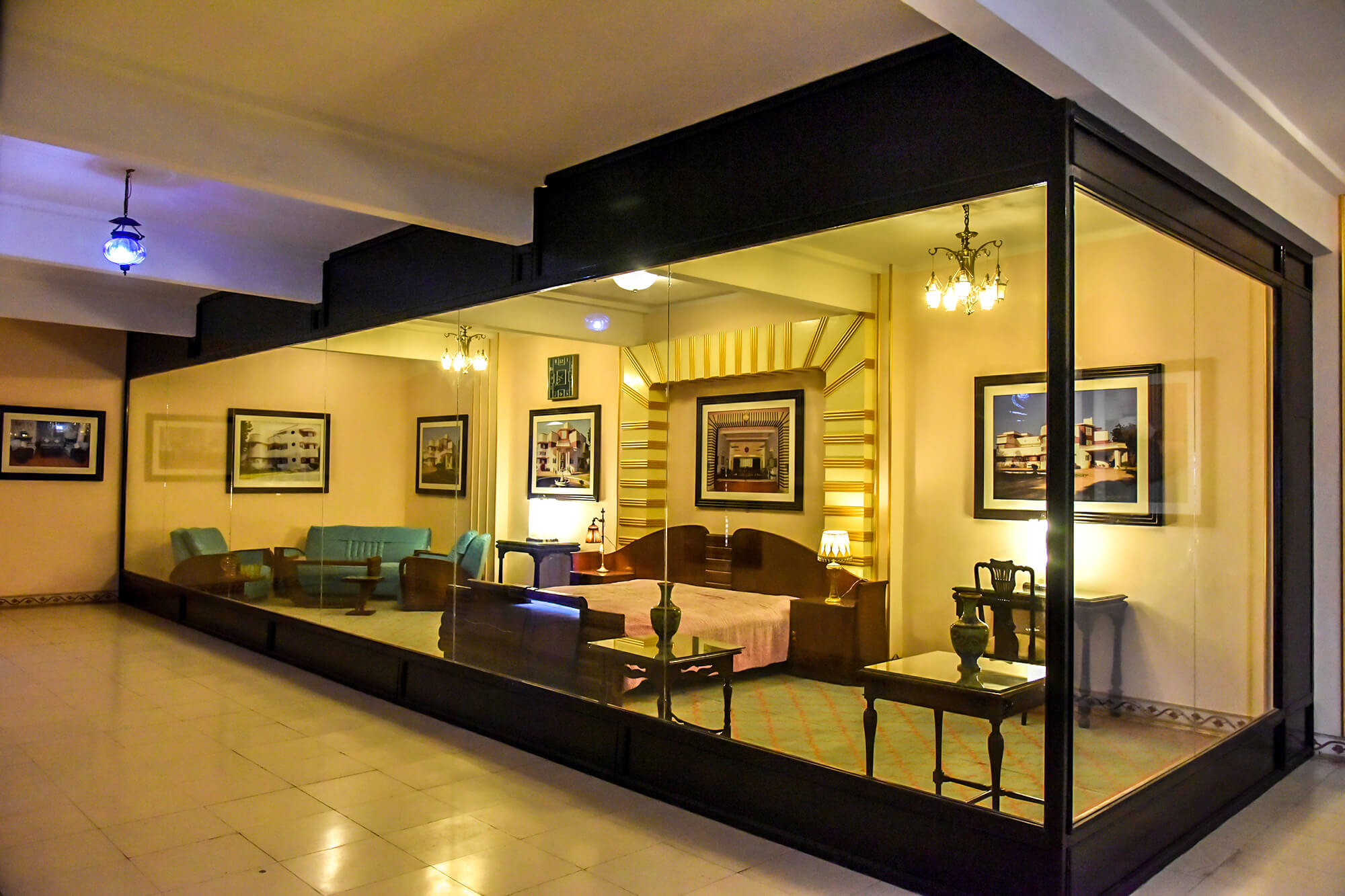 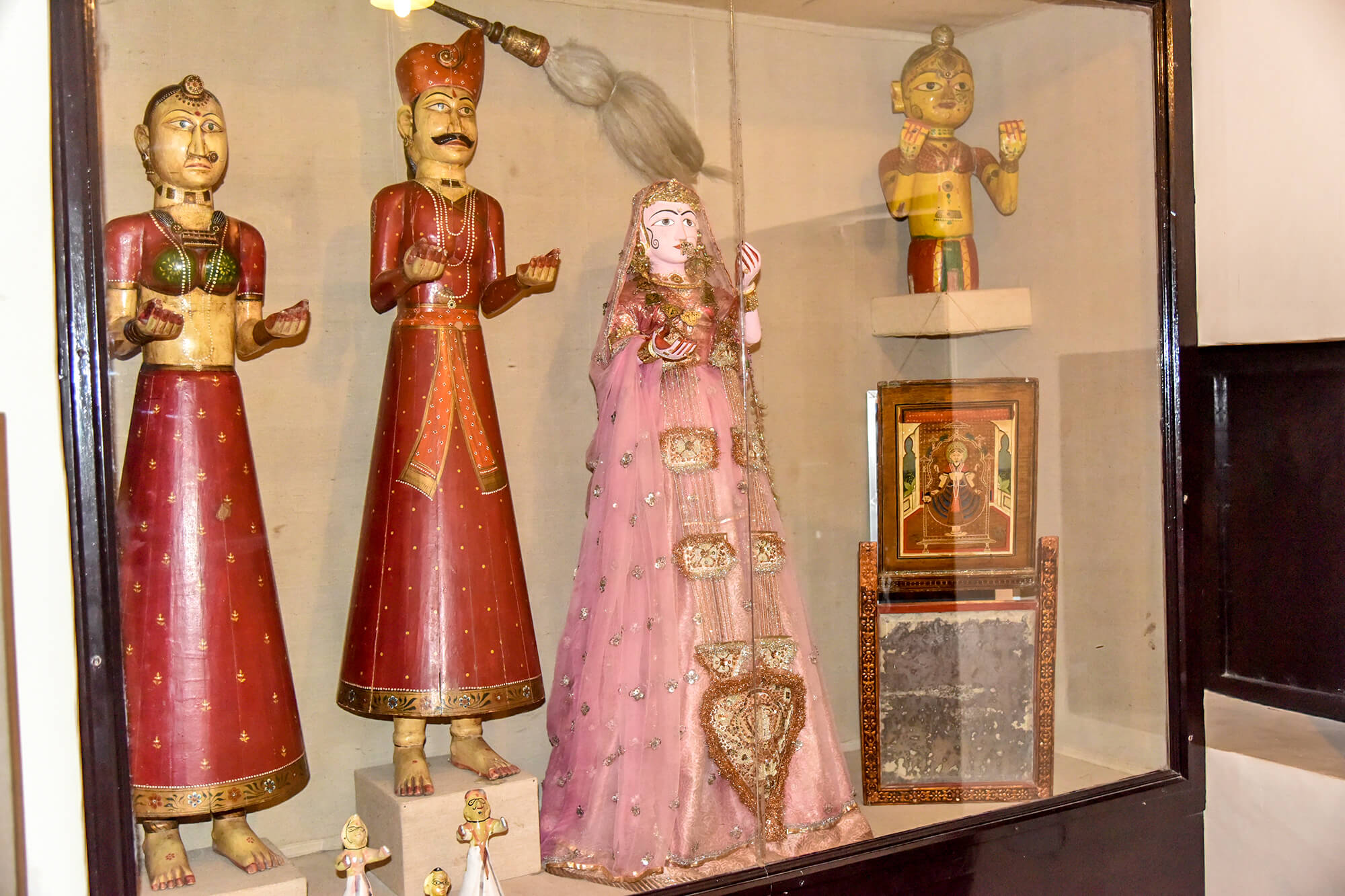 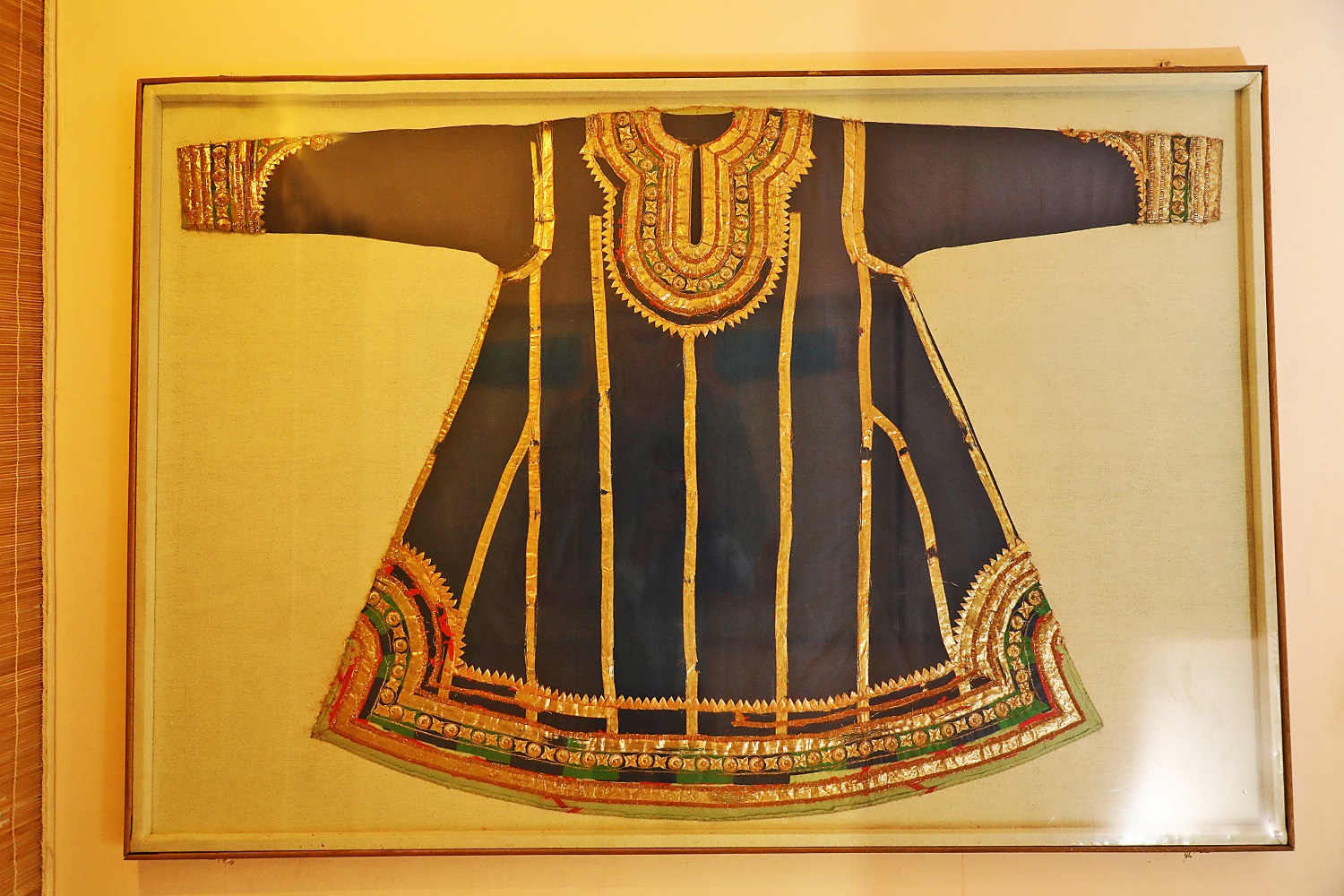